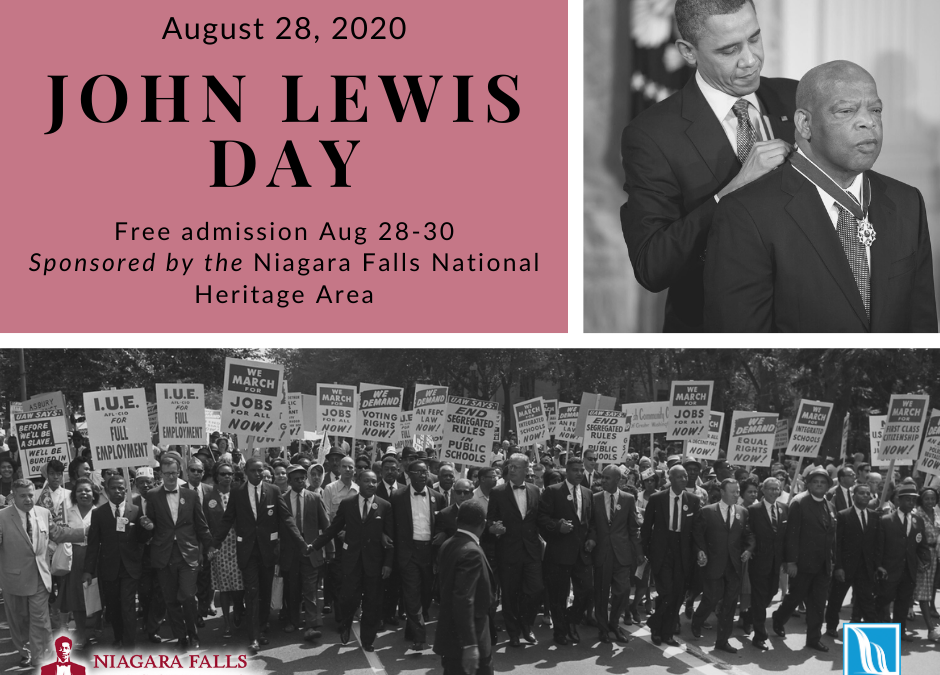 The Niagara Falls Underground Railroad Heritage Center is proud to proclaim August 28, 2020 as John Lewis Day at the Center, in honor of the late Representative

Fifty-seven years ago, on August 28, 1963, over 200,000 people participated in the March on Washington for Jobs and Freedom. John Lewis, chairman and co-founder of SNCC (Student Nonviolent Coordinating Committee), delivered a speech from the steps of the Lincoln Memorial.

Lewis spoke to the lived reality of African Americans at the time: lack of employment, voter suppression, police violence, and homelessness. Known for his activism, Lewis went on to be elected to the House of Representatives in 1986 where he served Georgia’s 5th District until his death this year.

Fifty-seven years later, Lewis’s speech remains chillingly relevant, just as the resistance to oppression that became the Underground Railroad remains relevant today. Lewis continued the work of the Freedom Seekers who came before him. We must all continue the work of John Lewis.

In honor of Lewis‘ legacy of fighting for racial equality and voting rights, we welcome all to visit the Heritage Center to learn the history behind his activism and to be inspired by the stories of perseverance told within our walls.