By the mid-nineteenth century, Niagara Falls was already a renowned tourist destination. The many hotels provided employment for a significant portion of the village’s large Black population, some of whom were free and many of whom were likely refugees that had escaped from slavery.

ON SITE  WITH THE HERITAGE Center

More at the heritage center

Learn more about some of the interesting artifacts that we have. More videos to come!

Over 150 years of history surrounds Niagara Falls an its involvement in the Underground Railroad, 18th century Black Communities, and stories of resilience in the face of oppression. Take a look at some of the resources that we have used that has built the stories we tell.

Research efforts for the Niagara Falls Underground Railroad Heritage Area have focused on the people, places, and stories in and around the City of Niagara Falls that illuminate our understanding of the Underground Railroad and celebrate the courage of the men and women who sought, and/or helped others to achieve, freedom from enslavement during the mid-nineteenth century. As part of the Heritage Area Management Plan, a Historic Resources Survey was prepared by the award winning Underground Railroad historian, Dr. Judith Wellman. The survey included reviews of primary and secondary sources such as manuscripts, census records, historical maps, memoirs and autobiographies, local and county histories, newspapers, and oral traditions, as well as interviews and collaboration with local historians and extensive community outreach.

Database of People and Sites Relating to the Underground Railroad, Abolitionism, and African American Life, 1820-1880 Niagara Falls and Niagara County

This database provides a summary of the extensive historical research conducted for the project. The database identifies people and places in Niagara County who were associated with the Underground Railroad and/or Abolitionism. The database includes not only the names of significant people and places, but also describes their association with the Underground Railroad and provides the source or reference for that information. We sincerely appreciate the efforts of all who contributed to this research.

This database represents the results of a search of census records from 1850, 1855, 1860, 1865, 1870, 1875, and 1880 to identify the names of African Americans who settled in Niagara County. The purpose of this research is to attempt to identify individuals associated with the Underground Railroad in Niagara County, including people who may have escaped from slavery during the mid-nineteenth century.

The People vs. Patrick Sneed: Court Papers from an 1853 Fugitive Slave Case

Patrick Sneed’s arrest on August 29, 1853 at the Cataract House in Niagara Falls became national news. The arrest and examination of the prisoner was covered by several newspapers outside of the Buffalo area, including The New York Times, The Liberator from Boston, Fayetteville Observer from North Carolina, and many more.

Site of the Patterson/Robinson House

Site of the Free Soil Hotel 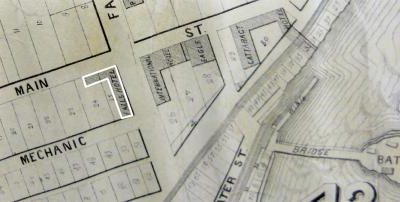 Site of the Falls Hotel 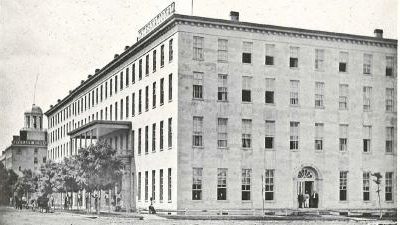 Site of the Eagle/International Hotel

Other Underground railroad sites in WNY