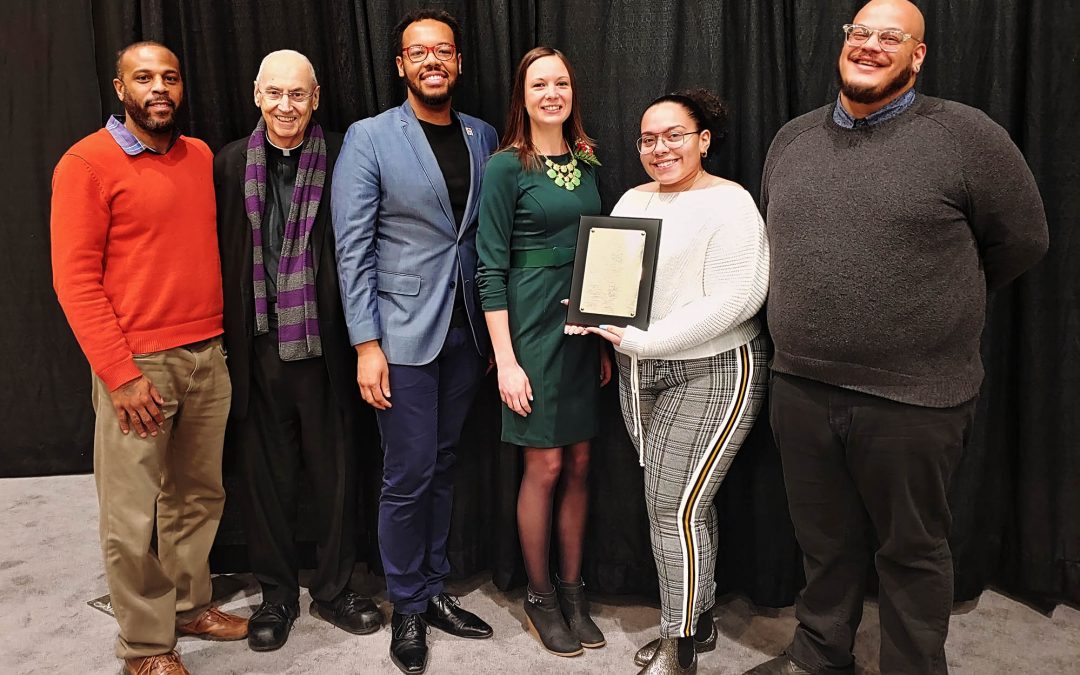 February 20, 2020— Buffalo, NY. The National Federation for Just Communities of WNY presented an award to the Niagara Falls Underground Railroad Heritage Center, honoring the museum for their work on the behalf of others. The Heritage Center was given the “Organization” award alongside 19 other awards that honored everything from Youth, Sports, and Public Relations.

The National Federation for Just Communities of Western New York is a human relations organization dedicated to overcoming racism, bias, and bigotry through advocacy and engagement.

The Niagara Falls Underground Railroad Heritage Center is an experiential museum that reveals authentic stories of Underground Railroad freedom seekers and abolitionists in Niagara Falls, and aims to inspire visitors to recognize modern injustices that stem from slavery and take action toward an equitable society. Open since May 2018, the permanent exhibition, One More River to Cross, features the rich stories of the Underground Railroad in Niagara Falls, the crucial role played by its location and geography, and the actions of its residents – particularly its African American residents. The Heritage Center’s immersive exhibits and cutting-edge interpretation affirmatively align with the principles of the International Coalition of Sites of Conscience, whose mission is to connect the past to modern social justice issues – “to turn memory to action.” Learn more at Niagarafallsundergroundrailroad.org